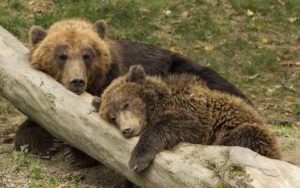 Weekend trading on bitcoin markets has been profitable with another sustained move higher. Early trading on Monday however tells a different story as $10k was rejected again, analysts are now eyeing another pullback.

Crypto markets were lifted over the weekend with another $10 billion added to take total capitalization back to $290 billion. Over half of that was liquidated again though during early trading on Asia Monday morning dropping market cap back to the same levels it was at this time last week.
Bitcoin Rejects $10k Twice
From a weekend low of $9,600 BTC made solid progress to get back into five figures once again during Sunday trading. There were two taps of $10k around fifteen hours apart but both were sharply rejected indicating that resistance is strengthening at this level.
BTC price 1 hour chart – Tradingview.com
A few hours ago a sharp decline dropped bitcoin back to $9,600 again as the asset shed 4% in a couple of hours. The dump coincided with CME markets opening indicating that futures may have been responsible again.

According to Datamish charts over $26 million in long positions were liquidated on BitMEX. Crypto trader ‘Cantering Clark’ called the move a few hours before it initiated;
“After rejection again there are 2 small bounces that fail at the equal highs within the range. After second failure buyers are toast, done stepping in at the low.”
Fellow trader and analyst Josh Rager has eyed levels of support for further downsides. The bounce hit daily and weekly support and the weekly chart has yet to confirm the trend reversal.
“Holding above the $9550s is a good sign on higher time frames and breaking below the $9300s will still flip bear bias,”

$BTC
Price dropped & bounced near the weekly/daily support around $9580
Holding above the $9550s is a good sign on higher time frames and breaking below the $9300s will still flip bear bias
Lower time frames in down channel but weekly chart still not confirmed trend reversal pic.twitter.com/vCZzAajReD
— Josh Rager

Current levels must hold for the bullish momentum to continue however the more times $10k gets rejected the more likely bitcoin is to fall further. A break below $9,300 would confirm that the rally is over in the short term.
Elsewhere on Crypto Markets
Bitcoin dominance has dropped to 64% according to Tradingview.com so this latest dip does not appear to have affected the altcoins.
Ethereum is trading just below resistance at $270 though its chart virtually mirrors the bitcoin one. Ripple’s XRP is continuing to weaken and is now back at $0.275 and there has been little movement for the rest of the top ten aside from Tezos which is falling back as traders take profits from its recent run.
If the analysts are right it appears that there could be more declines all round before the rally resumes.
Will bitcoin continue to fall today? Add your comments below.
Source: Bitcoinist News