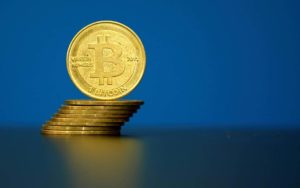 Bitcoin faced an intriguing precedent when it was accepted by a New South Wales court as collateral.

Bitcoin Accepted as Collateral in Court Case
BTC can be used to serve a security function, pronounced Judge Judith Gibson of the New South Wales District Court. The Judge accepted that collateral can be paid in BTC, with monthly reports to warn about volatility.
The Judge accepted the proposal for a $20,000 collateral to be securitized with BTC. Despite the defense’s arguments that BTC is volatile, the Judge stipulated a monthly report. Additionally, Judge Gibson stated that BTC is a recognized form of investment, which can represent significant value.
BTC has been used informally as collateral, and within the cryptocurrency space, other assets are also used to secure value. However, formal and widespread acceptance is still not a direct possibility.
One of the possible competitors to BTC and altcoins are considered to be the Central Bank Digital Currencies or CBDCs. Most leading central banks are in various stages of exploration regarding this concept. But so far, no state-backed digital coin has been created.
BTC Used to Hedge National Currency Risk
Bitcoin, however, has an advantage in already existing for more than a decade, showing sufficient network stability and value preservation. While BTC is still small in comparison to more traditional assets, it is still not trivially dismissed when it comes to the value it holds. CBDCs, on the other hand, will not be any different from the national currency.
The benefit of Bitcoin is that it is a hedge against national currency risk. Over the past few years, BTC served to offset hyperinflation after the regime failures in Argentina, Venezuela, Iran, and to offset a weak currency in Turkey. Bitcoin is avoided by some online merchants, but remains a solid means of payment, despite its exchange rate volatility.
A CBDC, on the other hand, could be a state-controlled asset, which does not guarantee ownership. Bitcoin, on the other hand, cannot be seized without private keys, and transactions cannot be censored.
The only drawback of BTC is that it is not considered to be “money”, or “currency” in a way that a central bank defines the term. Bitcoin has been legally framed as a digital asset, or a commodity, still admitting it held value. BTC has also been seized by law enforcement worldwide as a potentially valuable asset, which could be used to launder money or to transfer value outside the monetary system.
What do you think about the potential of bitcoin to be accepted as collateral instead of money? Share your thoughts in the comments section below!