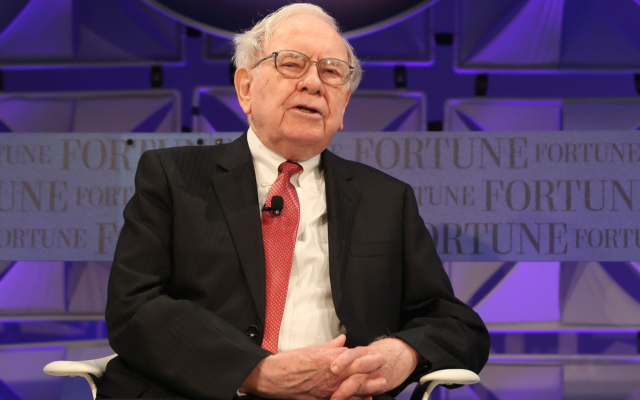 Yesterday, Warren Buffett doubled down on his anti-crypto stance. He came out on air in a CNBC interview stating that he didn’t own cryptocurrency and he never will. But that claim was disputed today by Justin Sun, who provided the blockchain explorer details to prove it. So, who’s right?

Warren Buffett’s Brutal Rebuff of Cryptocurrency
Yesterday, Bitcoinist reported that Justin Sun had failed to convince the Berkshire Hathaway CEO on the virtue of cryptocurrencies. The TRON founder infamously bid a whopping $4.6mn to have lunch with the world’s most famous investor to show him the error of his ways.
Sun even brought some allies with him including Litecoin creator Charlie Lee and eToro’s Yoni Assia. Alas, for as “well behaved” as the young men were, Buffett maintains his bearish stance on Bitcoin. He said (among many other things):
Cryptocurrencies basically have no value and they don’t produce anything… In terms of value, zero.
When CNBC reporter Becky Quick pointed out that Justin Sun had gifted him some BTC and asked what it was like “being a Bitcoiner,” he replied in no uncertain terms that, no, he did not own any Bitcoin–which caused an immediate tweetstorm.
Justin Sun Proves That Buffett Owns BTC
In response, Justin Sun took to the social media platform to share the block explorer information proving that Buffett did, in fact, own both BTC and TRX. That’s the “beauty of blockchain”, he said.

The cryptos $BTC/ $TRX Mr. Buffett owns remain intact w/ #blockchain proof which is the beauty of blockchain. I won’t interpret Mr.Buffett as a crypto investor, which he’s not. He only has the $BTC/ $TRX I gifted him in his @Samsung Galaxy Fold, which is a 20% return thus far!
— Justin Sun (@justinsuntron) February 25, 2020

Sun’s tweet caused a flurry of replies that apparently spilled over to Quick’s Twitter feed. She said:
My Twitter feed blew up because people were either saying that Warren Buffett was a lier or Justin Sun was a lier.
So, she called Buffett to find out what happened. The 89-year-old billionaire confirmed that he did receive the cryptocurrency on the Samsung Galaxy phone from Justin Sun. However, it turns out that he really does think as little as he says he does about crypto.

Yesterday, Warren Buffett said: "I don't own any cryptocurrency. I never will." @justinsuntron gave cryptocurrency to Buffett at their meeting, and afterwards Buffett turned the wallet over to GLIDE Foundation as a donation, @BeckyQuick reports. pic.twitter.com/cciYHIohll
— Squawk Box (@SquawkCNBC) February 25, 2020

Warren Buffett gave the phone with the BTC and TRX straight to the charity GLIDE Foundation. Since the $4.6mn went to GLIDE, he thought it was only fitting that the bitcoin went there as well.
The whole bizarre episode served to uncover a few things.

I will support WARRENCOIN on #TRON! WARRENCOIN would be a great crypto & I would support it wholeheartedly! 7 billion WARRENCOIN will be issued without monetary value, which means everyone should have one and be Mr. Buffett's fan. WARRENCOIN to the moon!

Warren Buffett will never invest in crypto. And the chances of a WarrenCoin on the TRON network look equally unlikely as well.
Do you think Warren Buffett really gave away his Bitcoin? Add your thoughts below!