Bitcoin and the entire cryptocurrency market have been caught in the throes of an intense bout of sideways trading throughout the past few days.

This has come about concurrently with diving trading volume, as investors are clearly growing less interested in trading the longer it consolidates.

Trading volume spiked overnight, however, with news reports regarding the OKEx founder’s arrest terrifying some investors.

Bitcoin’s price only ended up seeing a muted response to this news.

One analyst is deeming this a major victory for bulls that elucidates Bitcoin’s macro strength.

Bitcoin Stable Despite Being Struck with Another Bearish Development

At the time of writing, Bitcoin is trading down just over 1% at its current price of $11,390. This is around the price at which it has been trading throughout the past week.

It did see a sharp overnight decline that sent it to lows of $11,200 after news broke regarding OKEx, but this selloff was rapidly absorbed and followed by a massive influx of buying pressure.

BTC is now back where it has been trading throughout the past few weeks and could be well-positioned to see further upside in the near-term.

While speaking about Bitcoin’s reaction to the OKEx news, one analyst stated that its price continually grinding higher on bearish developments is a testament to its macro strength.

“Price continually grinding up on negative news is a sign of strength in a strong market. In a weak market we’d simply have dumped. Bitmex. Kucoin. Okex… BTC at 11,366. Macro structure bullish… Institutions buying. Being a short term bear is okay. Being a perma bear is not,” he said. 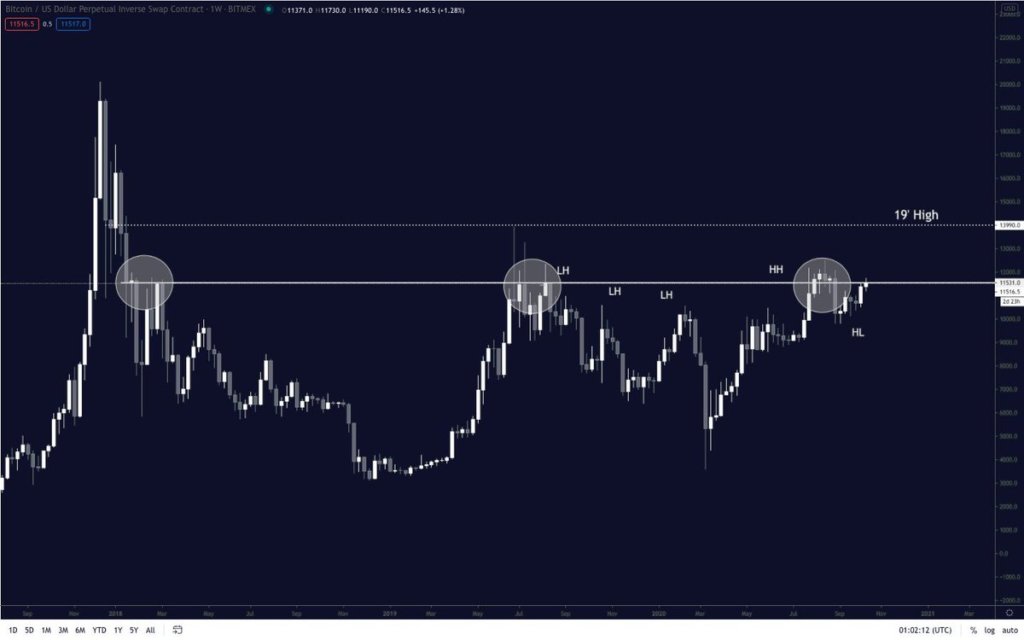 If Bitcoin remains stable throughout the coming day, it could indicate that a massive push higher is looming on the horizon.