Bitcoin bulls will enjoy domination over the market until its price breaches the $14,000-mark, according to Eugene Loza of EXCAVO.

The independent market analyst wrote in his note to investors that he expects to see traders with more exposure in Long trades than the Short ones. He signified his prediction with a technical structure. It envisioned BTC/USD inside an Ascending Channel pattern, inching upward as it awaits to test a sequence of Fibonacci resistance and support levels. 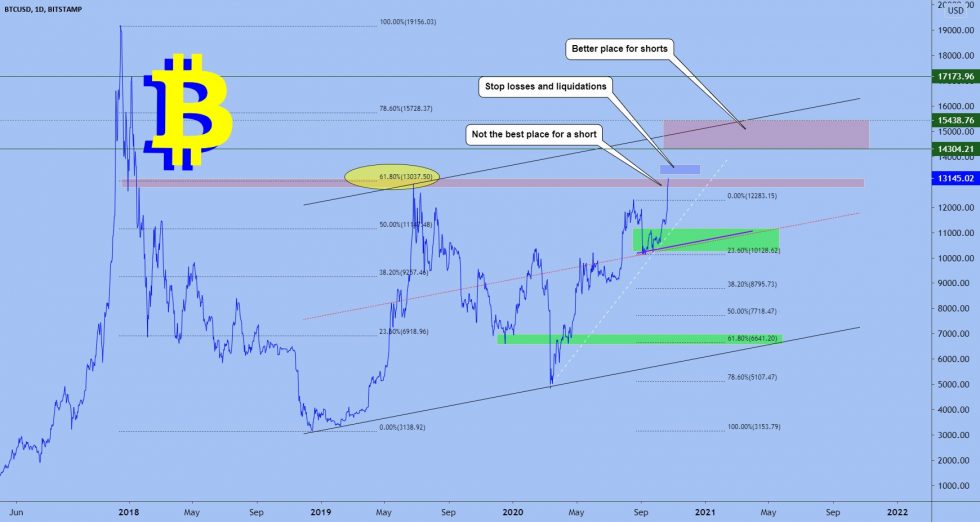 The smaller Fibonacci retracement graph in the chart above expired at $12,283 after Bitcoin breached the level on Wednesday. Simultaneously, the cryptocurrency closed in towards the 61.8% level – at $13,037 – of the bigger Fib setup, awaiting a breakout move to the upside.

Mr. Loza supported the outlook of an extended bullish move, noting that $13,037 is “not the best place for a short [position].” He added that those who are still trading against Bitcoin’s upside outlook would risk getting liquidated at around $13,350 at a loss.

That would leave Bitcoin with the possibilities of moving further higher towards the 78.6% level of the big Fib. That is around $15,728.

Mr. Loza said that opening a short position anywhere between $14,000 and $15,728 is a “better” call. The range also lies near the upper trendline of the Ascending Channel pattern.

“Once we take the target, there is a possibility of correction to the middle line of the ascending channel,” Mr. Loza added.

Mr. Loza’s statements came amid a period of strong buying enthusiasm for Bitcoin. The cryptocurrency this week gained global recognition after PayPal, the world’s leading payments service company, announced to integrate it in its existing line of products.

Before PayPal, its top rival Square, a firm headed by Twitter CEO Jack Dorsey, had shown $50 million worth of BTC in its balance sheets. Another recognized corporation, MicroStrategy, also reallocated $425 million of its cash reserve to Bitcoin, citing its fears of US dollar devaluation amid rising M2 and ultralow interest rates.

Traders assessed the sequence of events as validation of Bitcoin’s growth among prominent firms, both as a service and a financial asset. As a result, the Long positions on BTC/USD jumped dramatically higher than the Short ones, validating that the majority believes Bitcoin is underpriced at current rates. 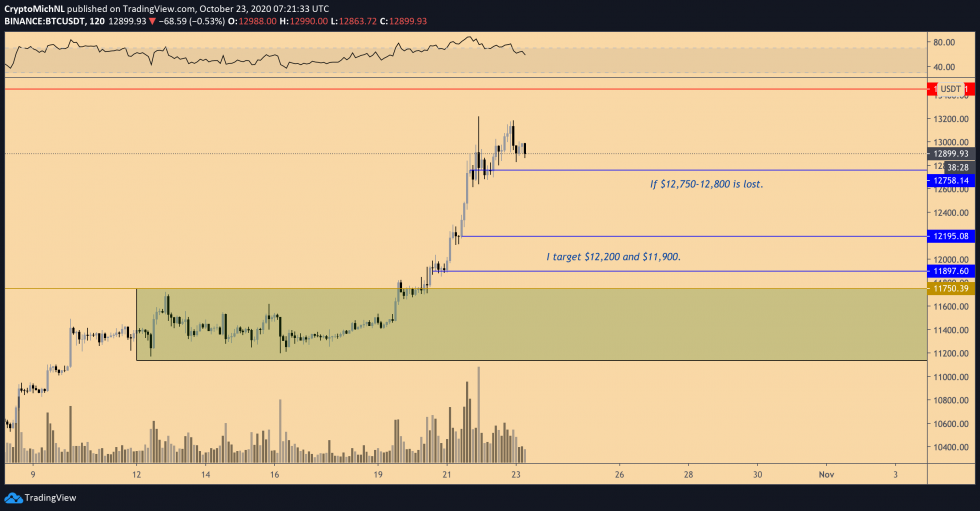 Mr. Poppe’s medium-term outlook, at the same time, projected an upside continuation towards $14,000. He nevertheless reiterated that “the area between $11,200-11,700” would serve as support.

That somewhat rhymed with Mr. Loza’s prediction of the cryptocurrency.