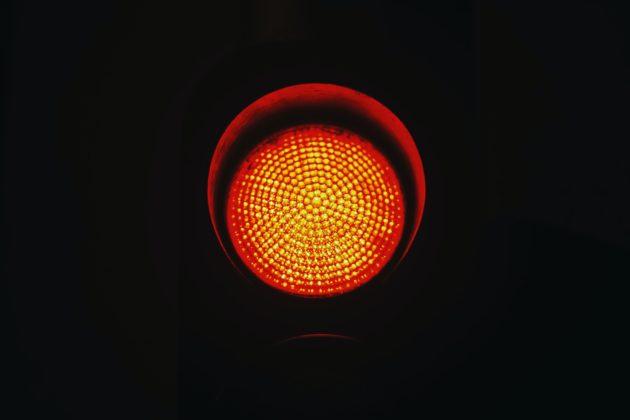 Bitcoin has expressed a striking correlation to the traditional markets throughout the past several weeks
This correlation has shown some tempered signs of breaking throughout the past couple of days due to BTC’s overwhelmingly bullish price performance
It remains unclear as to just how long this trend will persist, as some analysts are warning that the stock market could halt the cryptocurrency’s uptrend

Bitcoin has seen some incredibly bullish price action throughout the past several days, climbing from lows of $7,700 to highs of $9,500, before declining slightly and stabilizing around $9,000.
The cryptocurrency has been rallying against a backdrop of bearishness within the traditional markets, allowing it to show some tempered signs of breaking the tight correlation that it had previously formed with the equities market.
Analysts are still noting, however, that this correlation persists and that equities could put some serious drag on BTC’s price.
While considering the fresh short-term downtrend that the Dow Jones appears to be falling into, it is possible that this will adversely impact how Bitcoin trends in the days ahead.
Dow Jones Slides from Multi-Day Highs as Bitcoin Rallies
The Dow Jones Industrial Average (DJI) has slid over 1,000 points from its April 29th highs of 24,730 to its current price of 23,720.
This weakness has come about as some major components of the aggregated market begin showing signs of weakness – with Amazon announcing a Q1 2020 earnings miss that sent their stock price reeling down by over 7%.
As more earnings reports are released and as investors begin to see hard data regarding just how devastating the COVID-19 pandemic has been to the economy, it is probable that further downside will ensue.
During the same time, Bitcoin has been able to express signs of intense technical strength, with the crypto currently trading just below its $9,000 resistance as many analysts forecast further upside.
Here’s Why the DJI’s Slide Could Spell Trouble for BTC
Although the DJI’s recent weakness hasn’t adversely impacted Bitcoin throughout the past couple of days, it could ultimately hamper buyer’s present euphoria in the week ahead.
A recent report from Arcane Research emphasized this possibility, explaining that the price action seen by the S&P 500 and other benchmark indices should be closely watched by Bitcoin investors.
“However, we will not stop stressing the global market turmoil. The correlation with S&P500 is still high and increased again this week. The crypto market certainly got a boost from the stock market [last week] and saw a pullback yesterday in line with a pullback in the stock market.
Image Courtesy of Richard Galvin via Digital Asset Capital Management
In theory, this correlation could break at any time, however in order for a true decoupling to be confirmed, Bitcoin will have to post a sustained decorrelated trend over a multi-month time frame.
Featured image from Unplash.
Source: Bitcoinist News