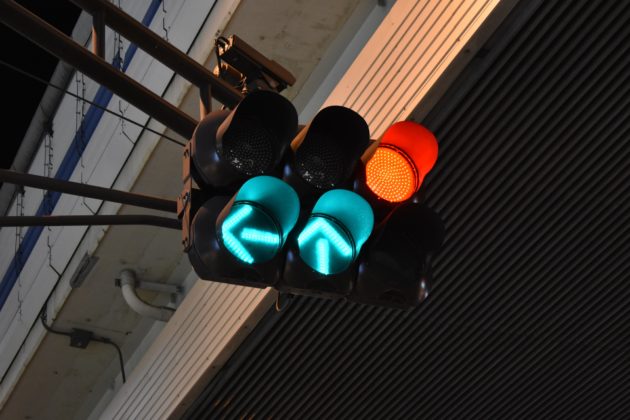 Overnight Bitcoin saw some intense volatility that led the cryptocurrency to reel down to its key support at $6,600, with a slight dip below this price catalyzing some immense upwards momentum that has sent the benchmark cryptocurrency past $7,000.
This price action comes close on the heels of a prolonged period of range-bound trading within the upper-$6,000 region, but Bitcoin has yet to break through multiple key overhead resistance levels.
These resistance levels may not hold strong for long, however, as this latest movement allowed the crypto’s bulls to post a “major buy signal” – according to one analyst.
Bitcoin Sees Sharp Overnight Surge as Bulls Roar
At the time of writing, Bitcoin is trading up just under 5% at its current price of $7,020, which marks a notable climb from daily lows of under $6,600.
This intense uptrend has once again led BTC to face the heavy resistance that has been established within the lower-$7,000 region, as the crypto has previously faced three rejections at these levels throughout the past couple of weeks.
Because this resistance has been tested on multiple occasions in recent times, it is possible that it is growing increasingly weaker as bulls continue defending against a strong downturn.
In the near-term, how Bitcoin reacts to $7,200 and $7,500 will be telling as to whether it will be able to climb higher, as one trader noted in a recent tweet that a rejection here will likely lead BTC into the lower $6,000 region.
“Slight detour but 7.2k tapped. Now we wait to see the reaction off this level, obviously if we break though 7.5k next resistance, if we reject hard off of this we’ll probably revisit low 6ks. Stay tuned,” he noted.
Image Courtesy of Flood
This “Major Buy Signal” Could Propel BTC Past This Key Resistance
The resistance that Bitcoin is currently navigating towards is daunting, but the technical strength garnered by its intense overnight rebound may be enough to help it shatter these levels.
One popular trader recently noted that Bitcoin is flashing a “major buy signal” for bulls in the time following the recent breakout rally, signaling that the uptrend may just be getting started.
“Bitcoin daily chart – Bulls receive a major buy signal after finally breaking the MA 50,” he noted while pointing to the patterns marked on the chart below.
Image Courtesy of Big Cheds
The coming days should offer insight into just how bullish this recent rally was, as a push past $7,200 and $7,500 could be enough to spark another intense mid-term uptrend.
Featured image from Unsplash.
Source: Bitcoinist News