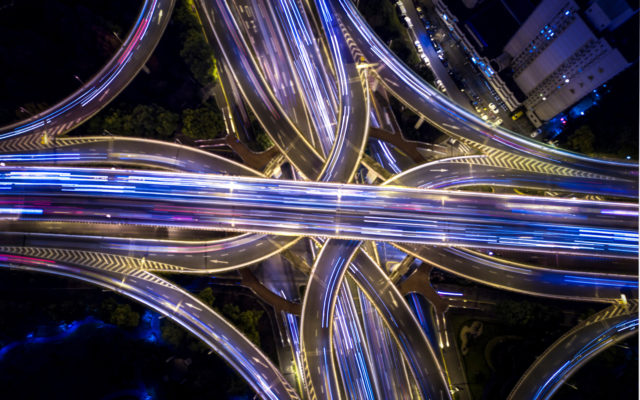 Internal exchange wallet moves, or some other reason, created a mammoth Bitcoin transaction worth $1.4 billion.

Whale Transactions Used as Indicators of Potential Price Action
A new “whale” transaction has been spotted on the Bitcoin (BTC) network, carrying $1.4 billion in value. This amount is equivalent to half the daily transaction value for the entire network, or even the entire value on slower days. This is the first big transaction since a similar move of funds occurred in January.
What is unusual about the transaction is that coins moved were noted by the ByteTree tracking tool. However, whale-watching bots did not broadcast the transaction on social media. It is possible the coins moved are an internal transfer, between large-scale wallets possibly belonging to exchanges.
In the past 24 hours, the BTC network carried a total of about $1.3 billion in value, with even more active days noted. In the past, $1 billion transactions have been noted as a total in three consecutive blocks.
Big transactions may mark a market shift, as usually on-chain activity precedes market moves. However, some of those transactions may just be one-off technical moves of funds to a new cold wallet. Bitfinex recently posted such a large-scale transaction.

Bitcoin Stuck Under $9,000, Expects New Price Move
The news of funds moving arrives at a time when BTC hovers under $9,000, seeking direction and the possibility for another rally. In the past few days, BTC also saw a pickup inactive addresses, marking above 755,000 active addresses per day. Heightened activity may be preceding a price move.
BTC managed to recover from recent lows around $8,550, to above $8,900 once again. But despite whale moves, this time, the overall sentiment remains uncertain. Trading volumes also moved down to $36 billion per 24 hours, from recent highs above $50 billion.
In the past month, the Bitfinex cold wallet noted significant withdrawals, from 182,000 BTC to around 161,000 BTC. The Huobi cold wallet, however, bloated to above 255,000 BTC, making the exchange the biggest “whale” on the market. The Plus Token wallet was also mentioned as having the potential to sway the BTC market. But for now, most big owners remain anonymous.
BTC on-chain activity also remains higher in comparison to the leading altcoins. About 5.5% of the entire market cap, or about 1 million coins, was moved in the past 24 hours. More than 631,000 addresses hold more than $10,000 in value, showing a significant concentration of wealth in mid-level wallets.
What do you think about the latest whale transaction? Share your thoughts in the comments section below!