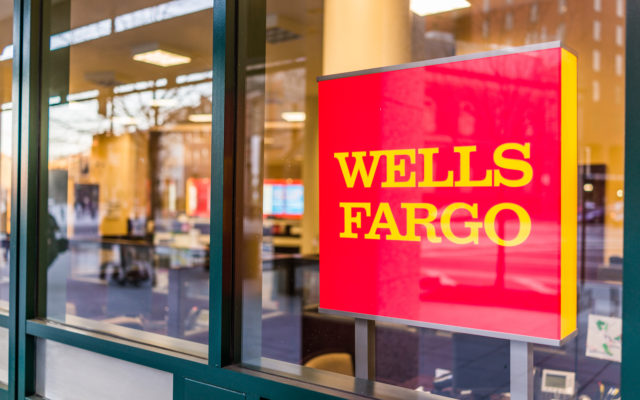 Last year, Wells Fargo ceased to allow its customers to buy Bitcoin and other cryptocurrencies, citing high volatility and risks to its customers. However, now the bank must pay over $3 billion for a fake account scandal and for offering negligent investment advice. Who’s the real risk here?

Wells Fargo Fails to Inform Clients About Risks Related to Inverse ETFs
American banking giant Wells Fargo agreed to settle the US Securities and Exchanges Commission’s (SEC) charges and pay $35 million. The regulators said that the bank had failed to adequately monitor its financial advisers who used to recommend inverse exchange-traded funds (ETFs) to retail customers.
For those unfamiliar, an inverse ETF helps investors profit when an underlying benchmark declines. However, investors don’t have to sell anything short with these instruments. Regulators have warned on various occasions that these instruments may not be suitable for many individual investors.
The SEC said in a recent statement that the bank lacked “adequate compliance policies and procedures with respect to the suitability of those recommendations.” Most of the penalty funds will be allocated to harmed investors.
The watchdog’s order shows that many Wells Fargo advisers and brokers didn’t even fully understand the risk of losses associated with inverse ETFs when held long-term. The SEC stressed that retail investors might record huge and unexpected losses when holding single-inverse ETFs for longer than a day.
Antonia Chion, Associate Director of the regulator’s Enforcement Division, commented:
Firms must maintain effective compliance and supervisory programs to ensure that the securities they recommend are suitable for their clients. As a result of Wells Fargo’s failure to meet these important obligations, some of its employees recommended complex instruments to retail investors who did not understand the risks involved.
It is not the first time the banking giant has failed to adequately inform investors on these complex products. In 2012, Wells Fargo had to pay $2.7 million to the Financial Industry Regulatory Authority (FINRA) for lacking proper supervision over the sale of inverse ETFs.
Wells Fargo to Pay $3B to Settle Charges Related to Fake Account Scandal
SEC’s charge came only several days after Wells Fargo reached the culmination of its much bigger scandal related to fake accounts. On February 21, the US Justice Department announced that the bank had agreed to pay $3 billion to settle criminal charges and a civil action related to the infamous fake accounts scandal. The bank has mistreated its clients for over 14 years by opening accounts without their consent and knowledge.
The practise was discovered in September 2016 and seriously hurt the bank’s reputation. Two CEOs stepped down as a result.
Starting from 2002, Wells Fargo’s employees had repeatedly used fraudulent activities to meet unreal sales goals by all means. They opened millions of fake accounts in the clients’ names without their knowledge, signing them up for credit cards and bill payment programs. They also set up fake personal identification numbers, forged signatures, and even went as far as transferring client’s funds without their consent.
According to court documents, prosecutors said that there was a pressure-cooker environment at Wells Fargo. The bank’s subordinates were required to reach sales goals that went higher and higher each year, while senior executive didn’t care if they were exaggerated. The few employees and managers who successfully met the sales goals were promoted as examples to follow.
Nick Hanna, US attorney for the Central District of California, reportedly said:
This case illustrates a complete failure of leadership at multiple levels within the bank. Wells Fargo traded its hard-earned reputation for short-term profits, and harmed untold numbers of customers along the way.
Last year, Wells Fargo brought an outsider in as CEO. The new boss, Charles Scharf, is now trying to settle the charges and cut the bank’s expenses.
So Why Is Mnuchin Yelling at Cryptos?
Many officials promote banks and traditional finance as the only clean environment for doing business and transactions. For them, cryptocurrencies are used by speculators and criminals.
Last year, reported that US Treasury Secretary Steven Mnuchin called Bitcoin and cryptocurrencies a national security issue. He said:
Cryptocurrencies such as bitcoin have been exploited to support billions of dollars of illicit activity like cyber crime, tax evasion, extortion, ransomware, illicit drugs and human trafficking. Many players have attempted to use cryptocurrencies to fund their malign behavior.
But what about Wells Fargo or other major banks that have been involved in major scandals related to frauds and manipulations?
What do you think about those who claim that cryptos are the instruments of criminals and speculators? Share your thoughts in the comments section!