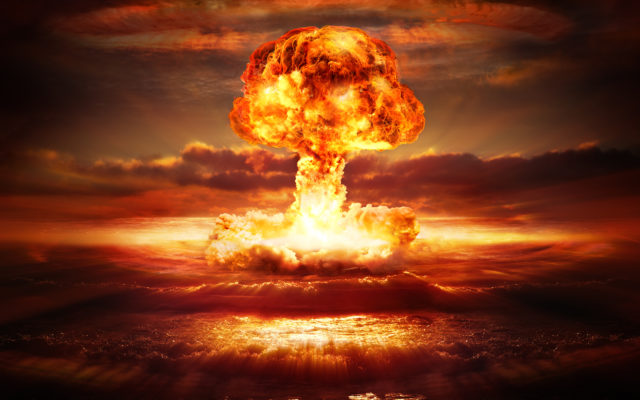 Bitcoin (BTC) is depreciating rapidly today, with more than 11% loss in the past hour. The price dipped on panicked trading, crashing under $6,000 on BitMEX.

Bitcoin in Freefall after Panic Sets In
Bitcoin prices showed they suffered even more from the overall uncertainty on the stock markets. After tentatively stabilizing for a day, BTC unraveled, with a slide that cannot be stemmed.
The extreme panic and the rapid movement on the futures market quickly erased value, crashing bitcoin under $6,000, a level not seen since the fall of 2019. Bitcoin price further distanced itself from its usual range from $10,000 to $8,000, and performed a freefall during European trading hours.

BTC traded at $5,891.00 on BitMEX, and unraveled to $6,022.21 on the spot market. The recent precipitous price drop happened on relatively low volumes of $41 billion. The crash happened despite reports of new USDT tranches flowing into the ecosystem. The newly injected USDT for now cannot counteract the panicked selling.
After the initial shock, Bitcoin prices recovered somewhat to $6,132, but by no means look out of the wood yet. Previous predictions saw “maximum pain” for BTC between $7,000 and $6,000. But now, predictions of a dip to $5,000 or even a crash to $3,000 don’t look so outlandish. BTC remained highly volatile, later retreating again to $6,039.

Breaking below the long-term bullish trend may send BTC to a whole lower price range, erasing the previous expectations for a year of smooth price action, culminating in a halving rally. Now, bitcoin is again in almost uncharted territory, showing that its price action does not follow the narrative of a safe haven.
The current dip is viewed as either holding and reaching stability or higher valuations, or an outright capitulation to much lower prices. With lockdowns and overall global uncertainty, bitcoin faces a dramatic decision period.
Whale selling also accelerated in the past day, as large-scale orders pressured down the price before re-buying. But the rapid crash created a new wave of panic. The recent sell-off crashed the entire market, bringing down the overall crypto market cap to $172 billion, the lowest level since the pre-rally pricing at the beginning of 2020.
The drop may not be over, with the territory under $6,000 still vulnerable.

The recent price crash started after bitcoin stalled in climbing above $9,200, then only briefly held support levels between $8,000 and $7,000. Now, the newly created panic will chart a new path for both BTC and previously booming altcoins. For now, only very reckless predictions see BTC bottoming out at these levels. Previous bottom calls around $7,800 proved a faulty prediction.
What do you think about the latest price crash on the crypto market? Share your thoughts in the comments section below!