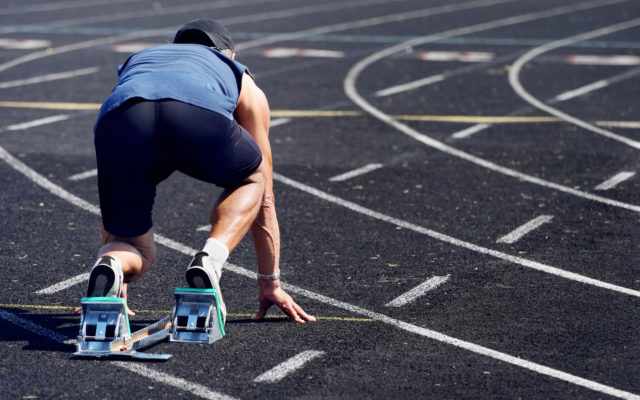 Bitcoin has spent the weekend consolidating in the mid-$8k zone following a week of sharp declines through several levels of support. The stock to flow model is still holding course though which means big gains could be ahead after the halving.

Bitcoin Stock to Flow Holding Strong
Bitcoin has corrected around 20% from its 2020 peak to yesterday’s low of just over $8,400. It has held in the mid-$8k range for a couple of days low leading analysts to believe that the bottom could be in.
With just 70 days to go to the halving, analyst ‘PlanB’ has revisited his stock to flow model noting that things are right on track with it.

The stock to flow (S2F) model examines the relationship between the production of supply and the current stock available.
Using this model, the analyst has predicted a rise to around $80-$100k in the months following the halving. Previous events in 2012 and 2016 saw huge rallies in the years that followed and many are expecting that 2021 could be even bigger for Bitcoin than this year.
There has been some critique of this model with the Efficient Market Hypothesis (EMH) being the best argument against it. Essentially EMH states that the model is based on publicly available information and therefore the analysis and conclusion must be already priced in.
If the EMH is not applicable then there will indeed by huge gains for BTC following the halving, but not necessarily before it.
Mining Mayhem
Fellow trader and analyst ‘Anondran’ has been looking at hash ribbons and has commented that the cost of mining will become unprofitable at current prices after the block reward is cut in two.

$BTC Hash Ribbons ain't looking so good as halving is approaching.
Mining cost right now at~ $7700.
Bitcoin should rally to over $15000 in the before Halving if Miners wants to feed their family.
Pump it for the Miners and their family. pic.twitter.com/3ohIlbqfmX
— Anondran (@AnondranCrypto) February 29, 2020

It has been reported that a bitcoin price of $15,000 would be needed after the halving to support profitable mining.
There has been talk of miner capitulation and death spirals but it has all been seen before. During the 2018 crypto winter miners took a break as it was no longer profitable to continue.
If hash rate continues to climb, it is currently near its peak at 120 EH/s, but BTC price remains at current levels after the halving, the returns for mining could sink to those not seen since that period.
Miners would be forced to spend more on upgraded hardware, such as Bitmain’s latest S19 Pro Antminer, or unplug their rigs until such times that prices make operating more profitable again.
The next couple of months will be interesting for bitcoin and could dictate performance for the next couple of years.
Will bitcoin prices pump after the halving? Add your comments below.
Source: Bitcoinist News