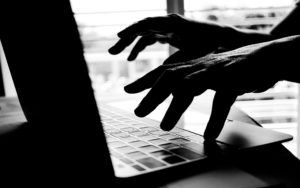 In a case that reveals the extent to which North Korea has been using crypto to circumvent international sanctions, two Chinese nationals were charged with laundering more than $100mn for North Korean hackers.

North Korean Crypto Hackers Aided By Chinese
This Monday, the U.S. Justice Department charged the two men amid court filings that unravel Pyongyang’s use of cyberattacks and hacks to get around global sanctions imposed against it.
According to an indictment filed in federal court and revealed on Monday in Washington, D.C., the two accused Chinese individuals had been helping North Korea launder crypto obtained through hacks and cyber theft between Dec 2017 and April 2019.
They used various different methods to obfuscate the trail of the stolen crypto from the police. According to the official statement, Assistant Attorney General Brian Benczkowski said :
These defendants allegedly laundered over a hundred million dollars worth of stolen cryptocurrency to obscure transactions for the benefit of actors based in North Korea.
Some of these funds, it was revealed, had been obtained by North Korean hackers from a hack of a virtual currency exchange in 2018. The statement mentions no names here, but based on the value of the crypto, signs would point to Japanese exchange Coincheck that was hacked for around $534mn that same year.
The funds were then cleverly laundered using dusting techniques that sent hundreds of automated transactions designed to obfuscate the source of the funds.
Circumventing Sanctions With Digital Assets
We have heard of countries proposing their own cryptocurrencies in a bid to circumvent sanctions, including Iran and Venezuela. However, these have not proven to have enough people willing to transact in them.
So, North Korea, a country that has suffered international sanctions over its ballistic missile program since 2006 has been using other methods. According to the documents filed in the U.S. court, at least some of these ill-gotten funds were used to help North Korea pay for further cyberattacks.
crypto north korea
The same North Korean hackers have also been implicated in a November attack on Upbit exchange in Nov 2019 in which approximately $48mn in crypto was stolen. U.S. Attorney Timothy Shea of the District of Columbia said in the statement:
The hacking of virtual currency exchanges and related money laundering for the benefit of North Korean actors poses a grave threat to the security and integrity of the global financial system.
$2bn Designated for Weapons of Mass Destruction
According to a confidential United Nations report from last year, cited in Reuters, North Korea has generated approximately $2bn to build its weapons of mass destruction through “widespread and increasingly sophisticated” cyberattacks.
Through its recent turn toward crypto, the country has been able to generate income in new ways that are less subject to government oversight and regulation.
North Korea denied all allegations by the U.N. Pyongyang insisted that they were nothing more than a “fabrication” and an attempt to tarnish the country’s image. However, these latest charges provide a mounting pile of evidence.
They also add to the charging of Ethereum developer Virgil Griffith for allegedly helping North Korea to use crypto to evade U.S. sanctions after he attended a cryptocurrency conference in North Korea last year.
Prosecutors maintained that Griffith and other delegates had discussed ways in which cryptocurrency could be used to launder money and evade sanctions. Griffith’s lawyer denied and rejected the charges.
Are you surprised to find that Chinese nationals assisted North Korean crypto hackers? Add your thoughts below!