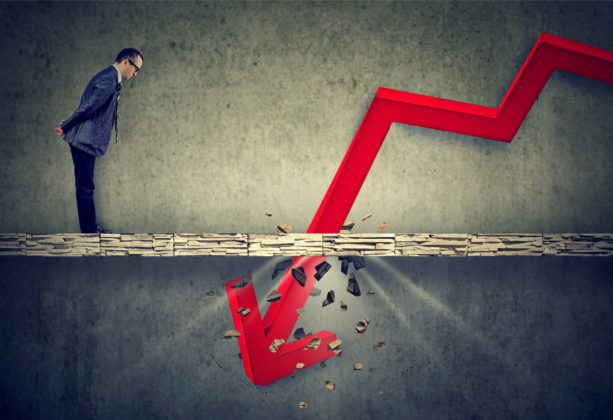 After the shock of the coronavirus, stock markets turned down, erasing $6 trillion of value within a week. Here is how this value compares with Bitcoin.

Stock Markets Still Make Bitcoin Valuations Look Insignificant
The stock markets, a centuries-old and highly developed system handle trillions in value. A flash crash last week erased around $6 trillion in just a few days, after a panic sell-off based on fears of economic slowdown and a recession. The rapid index decline is massive in comparison to the scale of BTC trading.
A rough calculation estimated that the stock market erased value worth 694,573,873 Bitcoins.

Of course, the total supply of Bitcoin will be only 21 million coins, which means the stock markets erased 33 times the hypothetical total supply of BTC. Stock markets reflect immense economic activity, and this is taken as a sign that in cases of wider Bitcoin adoption, the leading crypto coin may represent more significant value.
Currently, Bitcoin trading is relatively small in comparison to stock markets, even at $43 billion per day. Real liquidity may be even lower. But if BTC starts trading on par with more traditional assets, there are even higher limits to its potential valuation.
BTC May Have Unlimited Size Based on Traditional Asset Valuations
The New York Stock Exchange boasts of companies valued close to $30 trillion in total. To map that kind of value, BTC would have to cost more than $1.5 million per coin, a still outlandish valuation that is envisioned in a scenario of “hyperbitcoinization.”
The market cap of BTC is now that of a mid-range company, not even close to tech giants which are valued at around $1 trillion or above. The potential upside of Bitcoin is thus quite significant if the asset starts to appeal as a mainstream investment. The large discrepancy in money valuation shows the long-term potential and the possibility that BTC is just starting to become accepted.
The Bitcoin correlation to the stock market is rather paradoxical. BTC absorbs inflows from enthusiastic traders who do not yet see fears of a recession. For that reason, Bitcoin largely follows the general direction of stock markets.

Recently @sunnydecree made a video about the stock market showing strong correlation to #Bitcoin (from a Macro Perspective) and I have to agree with Sunny on this. @IvanOnTech made a response video showing that #BTC is not totally correlated. Which is also true. (Tweet Continues)
— Kevin Svenson (@KevinSvenson_) February 29, 2020

But on some occasions, BTC spikes during crisis news, acting as an offset to falling stock indexes. Bitcoin is also highly volatile, showing the possibility of rapid appreciation.
What do you think about the latest stock market moves in relation to Bitcoin? Share your thoughts in the comments section below!