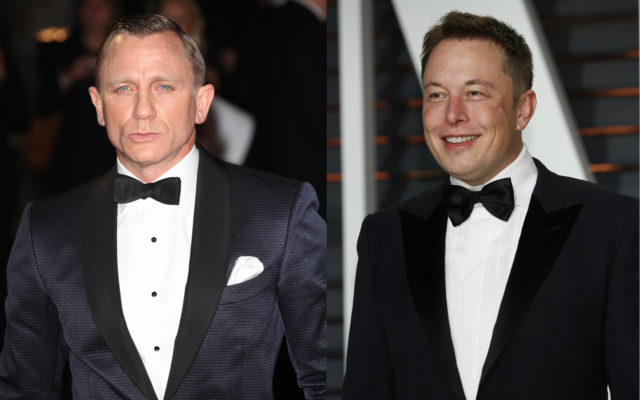 A new crypto scam has been advertised on Youtube and other social media platforms recently, promising high returns and a clearly fake “endorsement” from Elon Musk and Daniel Craig.

YouTube Ad Leads to Crypto Scam “Backed by” Elon Musk
Business Insider recently spotted that a cryptocurrency scam known as “Bitcoin Era” continues to lure potential victims with new tactics, including by using the names of Tesla founder Elon Musk and Hollywood actor, Daniel Craig
The scam is promoted via a new YouTube ad that displays itself as an article from “the Blitz News” titled “Bond franchise comes to an end.” The movie producers announced earlier this month that the latest movie, “No Time to Die,” will be delayed from April to November amid the coronavirus outbreak. The ad uses this news to attract readers to click, but it focuses on crypto.
Once readers click on the link, they can read a fake post titled “SPECIAL REPORT: Brits are listening to 007’s Daniel Craig and they’re raking in millions from home.”
The crypto scam pledges potential victims that they can become a millionaire within up to four months.
“Bitcoin Era,” which is promoted as an automated trading robot that can generate big returns, is said to be backed by Elon Musk, Richard Branson, and Bill Gates.
The fake article says:
These tech geniuses have built multi-billion companies on solving complex issues like online payments, computing, and transportation. Now, they’re tackling the global problem of wealth inequality by letting anyone — no matter how rich or poor they are — make enough money to enjoy a happy and fulfilling life.
YouTube declined to comment, but a person familiar with the matter told Business Insider that the video-sharing platform removed the ad.
Bitcoin Era Aggressively Promoted Online
While YouTube might have removed that specific ad, we found out that Bitcoin Era is heavily promoted online.
In January of this year, a website that acts as a crypto news portal published an article titled “Bitcoin Era Review: Scam or Legit Robot? The Results Revealed!” Obviously, the article praised the “trading robot” that promises to bring a new trading era.
The author claims that he had tested the tool, and his conclusion was that Bitcoin Era was “a top-ranking bitcoin trading robot and amongst one of the most popular of the year.” He misleads readers by saying that the trading robot was mentioned in several Facebook ads and has been associated with celebrities like Richard Branson and Gordon Ramsay. However, he admits that there “is no evidence these celebs have used this app.”
Nevertheless, “we have examined Bitcoin Era and have determined that it is legit,” the author says.
The article reads that “reviews state that some users have made a daily profit of up to $5k with Bitcoin Era,” which is complete nonsense from out viewpoint even for a legit tool.
The article even has a comments section where readers can express their opinions or ask questions. One user asked whether the bot was secure or not, to which the “crypto news site” replied:
Yes Chloe, bitcoin era is a very secure reliable and very well-known bot that is used by many people and is a bot which has been acclaimed internationally. It is 100% secure as you do not have to worry about your money when you are investing it.
Last year, consumer rights service Which? reported that scams like this one had deprived victims of up to $260,000.
How do you think we should fight crypto scams promoted on Facebook and YouTube?