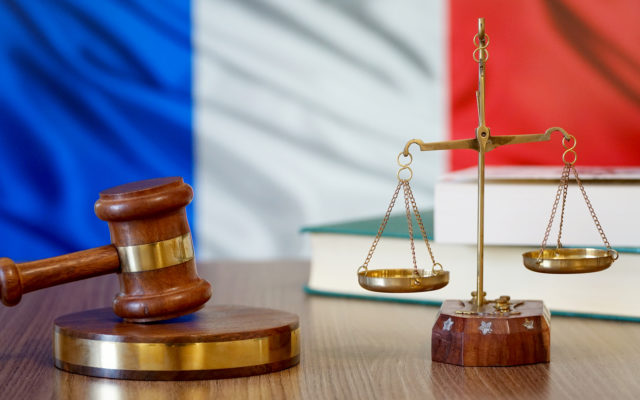 Another court decision boosted the case for Bitcoin’s value, suggesting the asset can be used as compensation.

Bitcoin is Akin to Money says French Court
The narrative that Bitcoin does not have value broke down once again, this time as asserted by a French court. A decision by the Commercial Court of Nanterre from February 26 had to assign a nature to BTC and digital assets.
According to the court, Bitcoin is fungible and interchangeable, which is the exact characteristic of money. In theory, all BTC are created the same, though, with some effort, coins can be identified. But this is not unusual for money, where banknotes have a serial number and are still fungible.
“The scope of this decision is considerable because it allows bitcoin to be treated like money or other financial instruments. It will, therefore, facilitate bitcoin transactions, such as lending or repo transactions, which are growing, and thus favor the liquidity of the cryptocurrency market, ” says Hubert de Vauplane, lawyer specializing in Kramer & Levin, cited by Les Echos.
However, a court decision is not the same as a law to define the nature of Bitcoin. In France, BTC is not illegal, and generally follows the vision of the European Central Bank that digital assets are not money. The reason for this is that Bitcoin is not issued by a central bank, or controlled by the rationale of monetary policy.
Courts View BTC as Valuable Asset
But Bitcoin has been accepted as a valuable asset in multiple court cases, including as collateral or a guarantee. BTC has also been used to pay legal fees to lawyers who would take the digital asset.
The point of whether Bitcoin is money is sometimes dismissed by the crypto community, as digital coins are seen as an alternative to fiat. But having mainstream authorities admit the value of BTC and its use cases as a means of payment is a step forward in adoption.
Bitcoin and some altcoins have also been counted as valuable, as in the case of the QuadrigaCX exchange, where the crypto wallets were sought to extract any residual value to compensate creditors. Loss of digital assets has been recognized as material in most exchange hack cases.
The chief drawback of BTC to be used for spending and as digital cash is its fluctuating price. Bitcoin recently moved from lows around $8,500 to as high as $9,130, possibly posing risks for merchants.
What do you think about the case of Bitcoin as money? Share your thoughts in the comments section below!