During Bitcoin Week, reports of the Chivo Wallet stealing people’s Bitcoin reached a mainstream audience. Salvadorans have been dealing with the issue and reporting it to tech support for a while, without much luck. The international influencers that recently visited El Salvador have a much wider audience, and they are very confident that they know how to work the wallets.

Related Reading | From The Ground: The “Bitcoin In El Salvador” Documentary, What Did We Learn?

Will the outrage have a positive result? Will President Bukele’s team invest in improvements to the Chivo Wallet and training for the tech support personnel? We certainly hope so. And Bitcoinist is doing its part by reporting on the issue. Not everything is going smoothly with El Salvador’s transition to the Bitcoin standard. And we’re here for the good, the bad, and the ugly.

The Chivo Wallet Ate My BTC With Découvre Bitcoin

In the first two videos, we see the whole transaction. The Découvre Bitcoin team was probably filming it for a feel good story about a Lightning payment. They ended up with a “short story on how bad the chivo wallet is.” The transaction goes through and the Bitcoin leaves the Breez wallet they were using. It never reaches its destination.

2/ As you saw in the video above, the transaction did work. We have the pre-image on his Breez wallet, the money was send to the Chivo lightning wallet.

There is no other way around. Math is math. The issue is that somehow the merchant was never credited. pic.twitter.com/r0n8xCb2p4

The story is prevalent. The answer is hilarious. “This has happened to many bitcoiners I spoke to here at Adopt21 and the answer from the shop owner is always the same: “Just call breez wallet customer service for a refund.” How bad does the tech support training has to be for they to give that answer? The word “abysmal” comes to mind.

“Jokes aside, is it due to a lack of local education that most el salvadorian have no clue what they are doing with Bitcoin. Chivo coin to chivo coin is easy since it’s just a centralized ledger transaction.” Here, we have the issue’s first characteristic. The Chivo Wallet works fine when interacting with other Chivo Wallets, but it gets into trouble when any other wallet comes into the equation.

Then, we can hear half of the conversation with Chivo technical support. Which doesn’t help.

6/ Then something I never thought possible happened: the shop owner started spelling out the whole pre-image for 2 minutes. This is too much ahaha

“At the end I had to pay in cash, I have a ticket with Chivo customer support for a refund of $14.35 or 22k sat, odds we get those back are pretty low, but if the chivo support team manages to figure it out it will be amazing.” So far, the Découvre Bitcoin Twitter account hasn’t reported a refund. The CEO of Breez wallet sums it up nicely, “Lightning works, Chivo doesn’t.” And Découvre Bitcoin puts another piece of the puzzle, “Some of our core value is transparency and trying to remain compatible between all Bitcoin wallets. And yet Chivo is an absolute black box.”

In the comments of this viral thread, dozens of people complain about their Chivo Wallet experience. Nevertheless, the most interesting comment comes when a pseudonymous user asks Blockstream’s Samson Mow “can you please nodge Nayib Bukele for a comment.”

Mow answers “Will see.” Did he do it? Blockstream certainly had an open line with the president, as Bitcoinist reported. 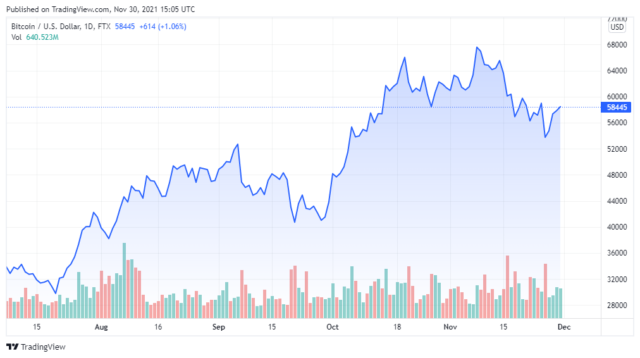 If you think what tech support said in the previous story, wait until you hear what they said to Zender. But first, context. “You all heard the horror stories of Chivo wallet but I have the best. Paid $125 for a dinner and funds went out of my Phoenix account but never reached their chivo wallet. Had to pay with cash to settle the bill.” The situation is the same, but the dollar amount is significantly higher.

But decided the next day to call the english support line of chivo. After explaining the situation they said, I kid you not, these exact words: "Please call Lightning to reimburse you." pic.twitter.com/bPVKPLPMCq

What’s a person to do in this situation? Try as they might to get their BTC back, of course. “Decided the next day to call the english support line of chivo. After explaining the situation they said, I kid you not, these exact words: “Please call Lightning to reimburse you.” Wow. The education problem is deeper than we thought. Remember that this is the Chivo Wallet tech support we’re talking about here. Imagine the rest of the population’s level of knowledge about Lightning.

“Didn’t get the money back even to this day. Guess it’s a donation now. Bitcoinbeach wallet on the other hand is much better.” That’s good to know, at least. However, Zender identifies another problem right away. “Now my biggest pet peeve of this experience is that most LN wallets (bitcoinbeach and chivo and others) show the balance of the shop or the waiter whenever I wanted to tip or pay the bill. This is unacceptable from a privacy point of view.”

I will end on a good note and the best moment for me of this trip. Was at Point Break Coffee Shop in El Tunco and received the bill and reached for my wallet and the waiter said "No, we'd prefer payment with Bitcoin". That made my day. There is a new world out there. pic.twitter.com/DdPDq2Lz59

The thread closes with a feel-good story, thank God. “Was at Point Break Coffee Shop in El Tunco and received the bill and reached for my wallet and the waiter said “No, we’d prefer payment with Bitcoin”. That made my day. There is a new world out there.” So, not everything is lost.

Related Reading | From The Ground: Salvadoran Tells Us Exactly What’s Going On In Bitcoin Country

It’s a process. And that’s the problem with breaking new ground. The pioneering nation of El Salvador will get there, eventually. The Chivo Wallet will improve, hopefully, sooner than later. And Bitcoinist will be there to bring you all the stories that no other crypto publication is covering.