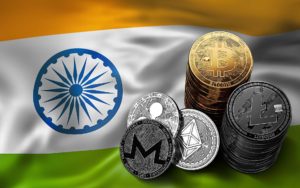 There is finally some good news out of India today as reports are emerging that the Supreme Court has quashed a curb on crypto trading.

Crypto Trading Legal in India
According to local news outlet the Economic Times, India’s Supreme Court has nullified a curb on crypto trading. The official report stated that the “SC rules curb on crypto currency trade illegal,”
The Reserve Bank of India has been making every effort to ban any dealings in crypto assets by individuals and businesses. Its campaign began in April 2018 with circular instructing banks and companies not to deal with digital assets.
Regulated exchanges and service providers that were already working within the industry were told to exit the ecosystem within three months.
The Internet and Mobile Association of India had argued that trading in digital assets in the absence of a law banning them was a ‘legitimate’ business activity under the Indian constitution.
The RBI defended its actions taking the matter to the Supreme Court which procrastinated for months as the case dragged on.
According to Bloomberg a panel of three judges, headed by Justice Rohinton F. Nariman, agreed with petitions by cryptocurrency exchanges, startups, and industry bodies. Many of the arguments claimed that the central bank wasn’t empowered to ban crypto assets and its directive hadn’t adequately studied the matter.
The report added that the Supreme Court is separately hearing another case on regulations for crypto currencies, and today’s judgment weakens the case for strict norms. Last month Bitcoinist reported on the RBI’s own plans for a digital rupee.
Industry observer ‘Crypto Kanoon’ was one of the first to break the news on crypto twitter;

The world’s largest crypto exchange Binance was also quick to celebrate having recently purchased local crypto outlet WazirX.
“We look forward to supporting our partners @wazirxindia and empowering 3 Billion people with the freedom of money.”

#Breaking: The Supreme Court of India has struck off the Reserve Bank of India's (RBI) banking ban against #Crypto!
We look forward to supporting our partners @wazirxindia and empowering 3 Billion people with the freedom of money.#IndiaWelcomesCrypto

There was no immediate reaction from bitcoin prices at the time the news broke as it remained marginally up on the day at around $8,800.
The ruling, however, is a huge boost for the crypto industry as a whole, especially in India where a massive population largely remains unbanked. There are now boundless opportunities for blockchain startups that can operate freely and without central bank oppression.
Will the crypto industry in India skyrocket as a result? Add your thoughts below.