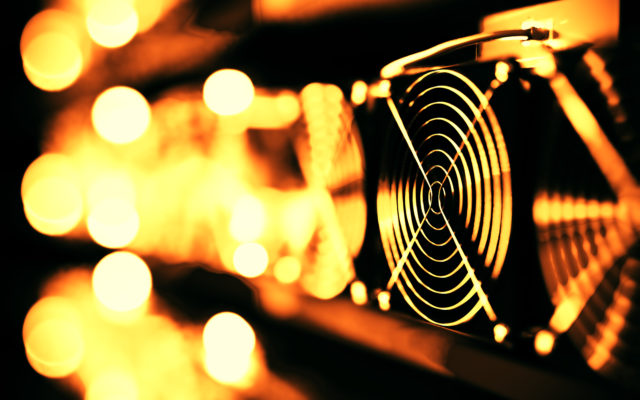 New figures by a PwC researcher have shown that the Bitcoin network uses more electricity to keep it running than the Czech Republic, a European country with a population of over 10.5 million people.
The process of Bitcoin “mining” uses 77.78 TerraWatt hours per year. Mining is the computing process that is used to add a new group of transactions (blocks) to the global, publically visible ledger (the blockchain) which displays all historical transactions.
To put this into a more relatable context, each individual transaction uses the equivalent of two months worth of electrical consumption in an average British household.
Perhaps most disappointing for Bitcoin advocates is the fact that the carbon footprint of all the computers used to mine Bitcoin, is currently the same as the carbon footprint created by 780,650 Visa transactions.
The problem has become amplified over recent months because of the recent bullish conditions and the high demand for Bitcoin transactions resulting from this.
Where Does All The Energy from Bitcoin mining Go?
During the mining process, super custom-made computing devices called ASICs, are programmed to endlessly complete mathematical equations. By completing these complex equations, they are able to add a ‘block’ of transactions onto the ledger – known as the blockchain.
Together, all the computers used to try and figure out the answer to these hyper-complex equations are very inefficient. Each computer requires a huge electrical input and has an average lifetime of just over one and a half years. As a result, Bitcoin also quickly produces a large amount of waste. This waste isn’t even recyclable or reusable.
Bitcoin currently produces as much electronic waste than Luxembourg — 10.71 Kilotons to be exact.
To make the case for Bitcoin’s sustainability worse, only 2% of devices used will ever calculate the equations. This means that 98% are arguably just calculating pointless equations before being thrown away as waste after just one and a half years.
Alternatively, the computer companies and banking institutions use to process and maintain the current financial ledgers are all ‘useful’ and thrown away less often as they don’t require the power to work endlessly through difficult equations.
Are There Any Solutions?
Some blockchain professionals have suggested that this is an infrastructure problem in the mining community.
Anton Shelupanov, managing director of Mattereum, suggests that the heat generated by the Bitcoin ASICs to heat up dwellings. He recommends transporting mining devices to areas in winter to heat up buildings.
Others have suggested that as layer 2 Bitcoin programs develop, the efficiency of the network will increase.
Layer 2 changes are designed to add secondary frameworks to the Bitcoin protocol. For example, the lightning network was designed to speed up transactions by pooling off-chain ‘transfers’ as part of a private payment channel.
Like settling a tab, the lightning network prevents people from a liquidity pool having to do multiple transactions that need to be verified by high energy-consuming miners.
Instead, only when the payment channel needs to be closed, are transactions made.
What do you think about the current state of bitcoin mining? Let us know your thoughts in the comments below!