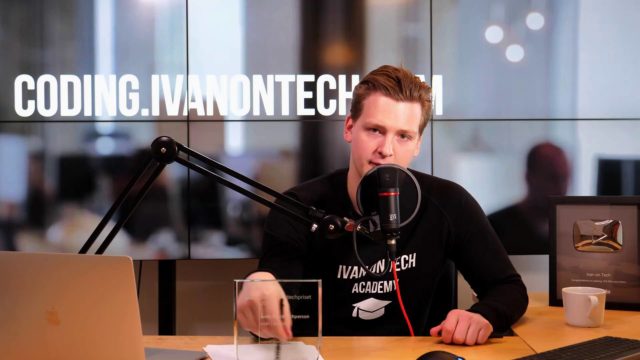 YouTube Silences Influencers Until After Bitcoin Halving
YouTube has once again silenced one of the most influential voices in the crypto space, preventing @IvanOnTech from live streaming and posting new content. Based on other vlogger comments, the reason was a headline that triggered YouTube’s algorithms for problematic content.

The content in question was a price prediction for Bitcoin (BTC) stating that “Bitcoin’s price is going vertical.” At the time of publishing, BTC was indeed going upward, and the actual charts may have corresponded to the message. Other vloggers affected include Enter the Crypto Matrix, Chico Crypto and an older account, DaVinci.
Halving Interest Grows, but Censorship Remains Problem for Crypto Influencers
Crypto content on YouTube may also be facing political wars. Rumors are circling about banned content based on attacking certain blockchains. Negative comments about the EOS blockchain has been rumored to be a reason for flagging content. Crypto communities may thus be one of the factors in a wave of flags and bans.
At the same time, commenters noted that paid or sponsored content was rarely flagged, and the YouTube algorithms did not specifically build a blanket ban. Interest in commentary and content has been rising in relation to the upcoming Bitcoin halving. Search interest boomed for the “halving” term, driving more viewers to videos explaining the bullish case for BTC. At this point, it is uncertain how the lack of new influencer messages will affect the actual market.
The recent bans also strike against real-time commentary, which may be especially corrosive for the leading influencers. Reports also surfaced that certain phrases and types of commentary lead to bans. One of the title topics includes any titles about “coronavirus”, which leads to demonetization in the least of cases. Some of the content from years back may also be flagged.
Despite the presence of alternative social media, the standard channels are still the most influential ones. In the crypto space, censorship has grown, as the potential for flagging and reporting is always open to both insiders and new viewers encountering the channels.
Curiously, YouTube recently even ran a promotional video related to a OneCoin event, which is still live and unreported. But as standards and monitoring are growing for all crypto users, content censorship is also expanding.
What do you think about the latest round of bans on YouTube crypto commenters and influencers? Share your thoughts in the comments section below!