Twitter just made NFT owners’ day by announcing the availability of NFT profile images for IOS users. In September of last year, Twitter introduced Bitcoin tipping and said that users will soon be able to validate NFTs. This announcement demonstrates Twitter’s commitment to cryptocurrency adoption.

Twitter announced in September that it would introduce a means for users to authenticate non-fungible tokens (NFT). This is now available if you pay $2.99 for Twitter Blue and use an iOS device.

With a splashy introduction video and step-by-step instructional page, Twitter Blue, the social media platform’s membership service, launched the feature on Thursday. Twitter’s profile image functionality is enabled by the API of NFT marketplace OpenSea, according to today’s announcements.

You asked (a lot), so we made it. Now rolling out in Labs: NFT Profile Pictures on iOS pic.twitter.com/HFyspS4cQW

“Setting up an NFT profile picture means people can associate your Twitter account with your connected wallet’s public crypto wallet address,” Twitter said on its explainer page. “This means your Twitter account will be associated with your current and historical crypto wallet transactions and holdings, including all other NFTs in that wallet, because this information is all available on the public blockchain.”

Coinbase Wallet, MetaMask, Rainbow, Argent, Trust, and Ledger Live are the wallets that are currently supported.

Some well-known Crypto influencers, such as @bobbyhundreds, and well-known NFT collections, such as BoredApes, are included in the new advertising posted by the official Twitter handle. The majority of the listed influencers owned a .eth Ethereum Name Service (ENS) domain as well.

Related article | A First Look At NFTs On Twitter

Twitter emphasized that it will never ask for money from or access to a user’s wallet, and warned about scammers who might try to do so.

For the time being, the feature is only available to iOS users. 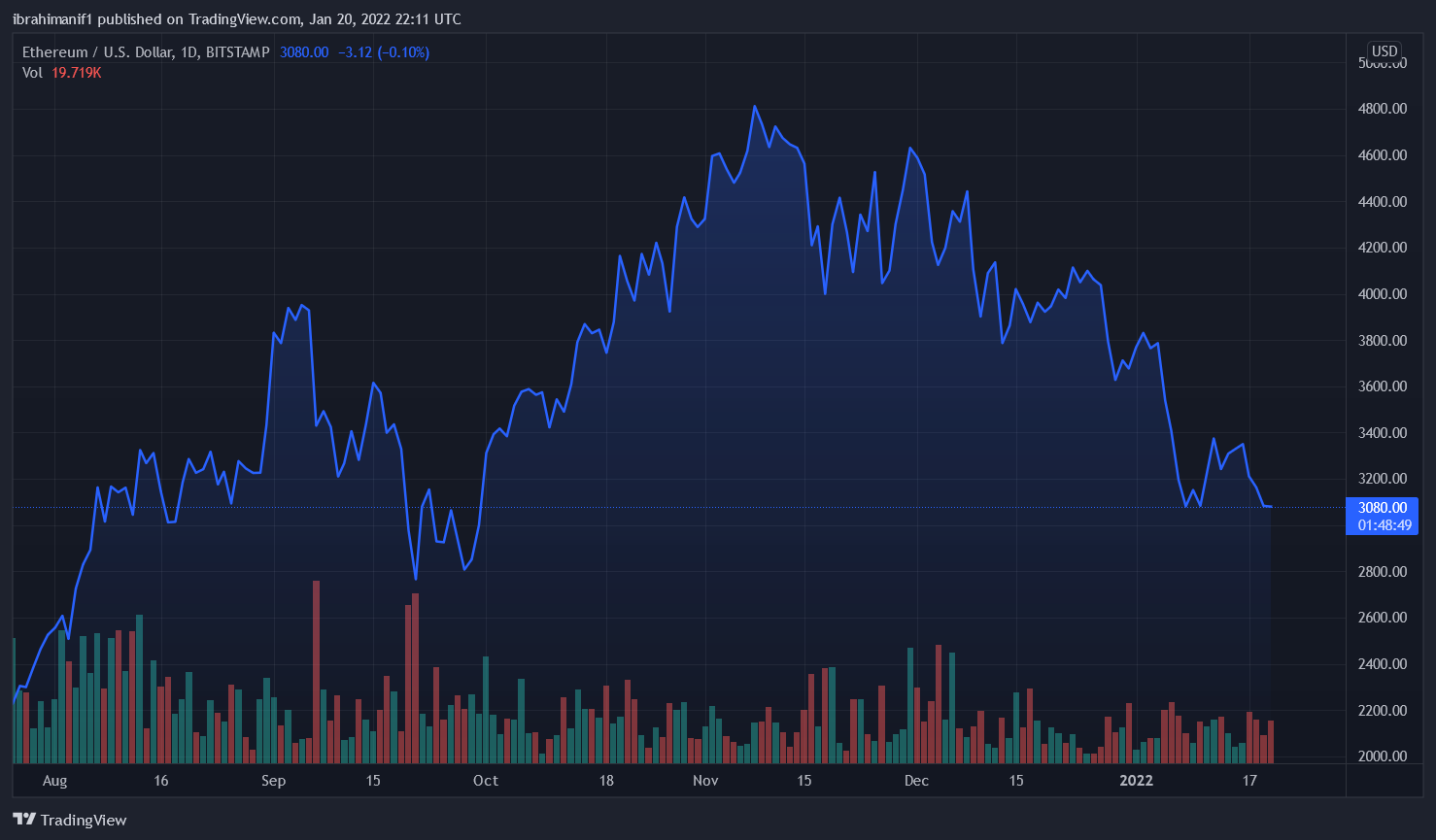 In November 2021, Parag Agrawal took over as Twitter’s new CEO, replacing Bitcoin proponent Jack Dorsey. Parag used to be the CTO of Twitter, and there were rumors that he would keep Twitter’s supportive stance on the crypto market. Twitter’s statement today that NFTs will be allowed as profile images demonstrates the new management’s commitment to the NFT and crypto field.

The move is a huge step forward for the platform’s crypto ambitions, which saw bitcoin tipping over the Lightning Network allowed in September. The corporation also provided information on its internal NFT programs.

“It is worth noting while working as CTO Parag Agrawal was already overseeing Twitter’s Web 3.0 projects & he himself is a big believer in Ethereum.”

Despite being one of the most vocal opponents of Web 3 – a new iteration of the internet based on blockchains rather than cloud computing infrastructure and private servers – Dorsey is a huge supporter of Bitcoin, which he claims has the potential to “bring about world peace.”

Bitcoin and NFTs don’t mix well, at least not yet. The Ethereum blockchain has seen the majority of the action in the NFT market.

In practice, a Twitter account with the NFT profile image feature enabled shows a variety of information about the NFT in question, such as its creator, unique traits and attributes, network (such as Ethereum), and which token standard was used to deploy it, among other things.