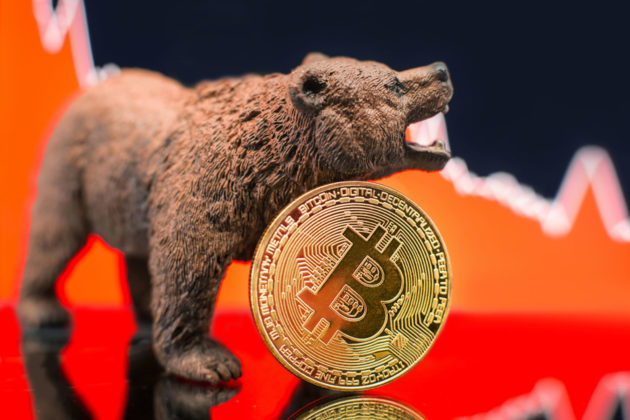 Bitcoin has recovered a tiny bit today but it is still in a down trend from the 2020 high. Zooming out reveals a scarier notion and it could be that the bear market still isn’t over.

Bitcoin Holding Support
BTC has recovered a little since its dump below $8,600 yesterday. According to Tradingview.com the asset has returned to the $8,800 zone which is support turned resistance.
There is nothing yet to indicate that Bitcoin has bottomed out in this correction so further declines are likely. The next level of support is around $8,300 and this is a key one to hold.
A fall through this would bring the entire market back down to crypto winter levels again, wiping out all gains in the past two months for most crypto assets.
At the moment crypto markets as a whole are still up around 32% since the beginning of the year but if this pullback accelerates things could fall apart very quickly.
Lower Highs on Macro View
One very scary thought is that bitcoin and crypto markets could still be in a bear market from their late 2017 peaks.
One analyst has zoomed the charts out a couple of years and noted that bitcoin has made lower highs with each rally.
“Why is nobody talking about how we are consistently making lower highs on a macro level for the last 2 years now with each rally?”

Why is nobody talking about how we are consistently making lower highs on a macro level for the last 2 years now with each rally? and a bearish engulfing candle on the 3week? If bulls dont show up and throw this back over 9500..prepare the 4k-5k tweets $BTC #BTC pic.twitter.com/NQni13x0U8
— RNB (Crypto Warrior) (@CryptoWarrior01) February 28, 2020

Over two years on there has been no attempt to get anywhere near the lofty heights of $20,000 that BTC hit in mid-December 2017.
Last year’s rally topped out at just below $14,000, and the rally so far this year made a lower high of $10,500 before the pullback started.
There is a possibility of another massive bitcoin dump lasting a year if bulls cannot get control of this market and take the asset above these resistance levels.
On the flip side there have also been a couple of higher lows with the first dump going to $3,200 and the second bottoming out at $6,500. If the next low is the key $8,300 level then things are still looking healthy from that aspect.
Bitcoin has been in an uptrend for the past year, but is still in a two year down trend.
Zooming out even further though paints a much prettier picture as the asset has made monumental gains since its inception just over a decade ago. There is no need to panic just yet but a higher high on the macro scale would be much welcomed at the moment.
Is bitcoin still in a two year bear market? Add your comments below.
Source: Bitcoinist News