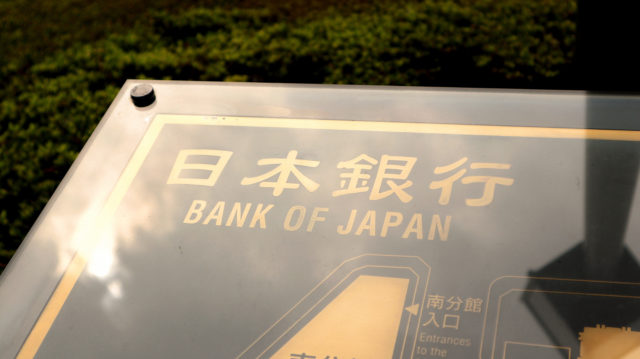 The bank of Japan said it would take steps to stabilize markets today in the wake of a massive stock and crypto asset selloff last week. Markets are already looking better in Asia today as a little confidence is returned.

Over $40 billion flooded out of crypto markets last week as they plunged to a low of $240 billion in terms of total market capitalization. Around $7 billion has re-entered the space over the past few hours during the Asian trading session.
Stock markets are also rebounding slightly following a message of reassurance from the Bank of Japan.
Bank of Japan Bolsters Confidence
According to Reuters, BoJ Governor Haruhiko Kuroda said that the central bank will take necessary steps to stabilize markets jolted by the coronavirus outbreak.
The announcement has renewed confidence that there will be a coordinated effort by the world’s central banks to take measures in helping the global economy.  Kuroda made an emergency statement this morning stating;
“The BOJ will monitor developments carefully, and strive to stabilize markets and offer sufficient liquidity via market operations and asset purchases,”
The central bank will join its counterparts in the US and China by injecting liquidity into markets to keep them afloat. 500 billion yen ($4.62 billion) was offered in two-week funds via market operations.
Yoshimasa Maruyama, chief economist at SMBC Nikko Securities, added;
“Kuroda’s statement focused on market operations and asset purchases, which meant the BOJ may make its ETF buying more flexible to support stock markets or take steps to avoid money markets from tightening,”
Stocks and crypto assets were trading marginally higher in Asia today as confidence trickled back in to battered markets.
FED interest rate cut
The US central bank is also taking more extreme measures to prevent an economic collapse. Late last week Federal Reserve Chair Jerome Powell said the bank would “act as appropriate” to boost economic activity as supply chains are disrupted and travel restrictions enforced.
Goldman Sachs’ economists stated that this strongly hints at another interest rate cut at or before the FED meets on March 17-18. The central bank cut rates three times last year and began a series of repurchase agreements in September that have injected billions of dollars back into the financial system.
The Chinese central bank has taken similar monetary measures by injecting billions back into its financial system in an effort to bail out high street banks that have been over-lending.
It all sounds frighteningly familiar and many believe that central bank actions cannot prevent the inevitable, which is another global recession.
Will crypto prices benefit from central bank action? Add your comments below.
Source: Bitcoinist News